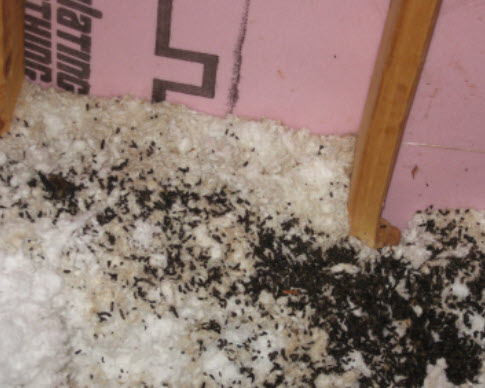 When you hear strange noises in your home, it can often be difficult to pinpoint the source.  Is it just the normal sounds of a house settling, or is there something living in your walls or attic?  Just like humans, animals leave behind evidence of where they’ve been and what they’ve been doing, and bats are no exception.